I’m sitting here on a Wednesday night filled with indecision. I am not in the middle of anything – show, book, movie, fandom, whatever. I could start anything new – anything! There’s so much I’ve been meaning to watch and read and start and I could do any of it!

And yet here I am, watching Abed be Don Draper for the millionth time on the livestream, interspersed with a few glances at First Doctor (so old!).

Recently I’ve realized how hard it is for me to start something new. Really hard! It takes me a long time to warm up to a new world, a new universe, a new fictional plane of existence. I am always judging first episodes, first chapters, first books as being only okay, or not that engaging, or, and this is the most common, “pleasant, but not really a pull, yknow?” But that is because it’s the first episode, and I never like things until they’ve dug their hooks into me, until I’ve found and understood and fleshed out a new world. Game of Thrones the book, with its genealogies and maps and endless explanations of place and custom and world, over Game of Thrones the show and it’s boobs (although, boobs). It takes me a while to live in a place. 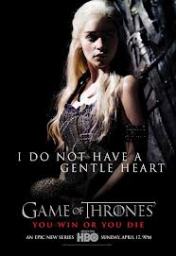 And once I’m there, I want to stay there. I’m a rewatcher, a rereader, a fanfiction dabbler (and occasionally addict). I have a lot of fictional inertia, is what I’m saying. It requires a lot of energy to get me into things, to get over that hump, and then I coast in it, forever and ever and buy the water bottles and watch the livestreams and the gifs and the quotes and the references, forever and ever.

But for real, starting Nashville, tonight. As soon as I finish this chapter in my 8th reread of Thief of Time.

This entry was posted in Uncategorized. Bookmark the permalink.