Or a real hero

Drive. Does anyone even remember Drive? I’m not sure I do. I saw it, then I came home and frantically found the four songs on the soundtrack and listened to them for the next week and stared into space. Then, it was gone.

The last time I did that, actually, was Darjeeling Limited. I saw the movie, I downloaded the four songs and listened to them constantly, imagining my life in slow motion, as the actual plot and story and characters gradually seeped out my head. And now I still listen to “Powerman” or whatever and it just feels awesome.

Drive felt awesome, too. It was like, neon in tone, or in ethos, or something, as well as neon in look. Neon in a gaudy, washed out way, the smudged eyes under the sunglasses, as we used to say about The Eagles. I think I’ve always liked those movies and ideas, the seedy side of LA, the desperation in the bleached out sun. Or, in this case, the bleached out neon lights flicking past the car windows.

I totally loved it, until things starting happening. No one warned me about the gore, man. Couldn’t people just get shot? Did they have to die in dramatic, gross, complicated ways? Drowings? Whatever. And Carey Mulligan, I don’t know. She has very pretty hair, and I loved her adorable interracial baby. And the scene where they kiss was just like gorgeous and slow and thick, like honey. I thought it was fantastic.

They're talking about you, boy, but you're still the same.

And Ryan Gosling’s slow smile. That was also fantastic. Most of the movie was close-ups of his face, while waiting for him to talk. The best was when people would say their name and he would just sort of stare at them, making it nice and obvious that we don’t know his name and he is just The Driver.

When I was obsessively listeneing to the three songs I scarfed up articles about the makign of, and how they all lived in the director’s house and hung out and watched movies, and Nicolas Refn can’t even drive, and the more I read about it more I liked it. The story of the scorpion and the frog.  That Ryan wanted to be a superhero in a movie, and this was his. That Nicolas saw it as a fairy tale. “The only thing John Hughes’s movies were missing was violence.”(Really just go read this whole interview). It had pats, yknow? Like, heavy. There were ideas. But now all I remember is washed out neon and pulsing techno and the lights flickering over the car, and you know, that is really enough. 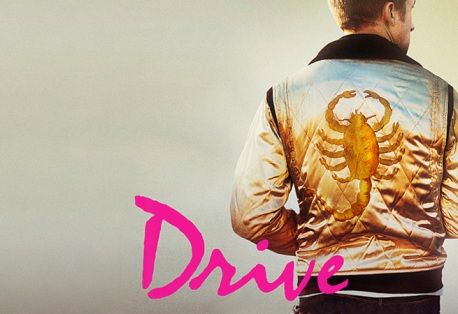 1 Response to Or a real hero