I know, I know, its January 9, 2011. But digesting the year that was is a process, and it is one I am still working on, which is to say, I downloaded a lot of albums in the last week of December and I am still trying to figure out how I feel about Teen Dream.

Songs of the year is a difficult process, because there are so damn many, and also because different songs are good for very different things, and how can you compare “Whip My Hair” with “Sprawl II (Mountains Beyond Mountains)”? Right. 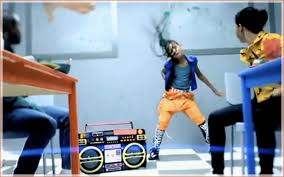 They heard me singing and they told me to stop, quit these pretentious things and just punch the clock...

When I use iTunes, which I do often and with incredible organization and attention to detail, I rarely use the “Rate song” feature, except for one very specific thing. When a song hits me right there, when I want to hear it over and over again, when I’m like that is just awesome, it gets a five-star rating, right then and there. Of the 16,983 songs in my iTunes library, only 33 have five star ratings right now.

Sean Garrett ft. Nicki Minaj – “Get It All”

This has become somewhat embarrassing.

This entry was posted in Meaningless Rankings, Songs About Buildings and Food and tagged Best Coast, best of, Justin Bieber, list(icle?), Ludacris, Nicki Minaj, The-Dream, understuffedness in 2010. Bookmark the permalink.