Well, AnnaBank has done her thing (she doesn’t read enough books or see enough movies) and now its finally my turn for my best-ofs. I put it off as long as I could, thinking if I could see The Kids Are All Right before I wrote it, and maybe Joan Rivers, and…but no. Its 2011 now, time to acknowledge that 2010 is over. I am always a few weeks behind the result of tabbing too many articles to read later, assuming that the world will be the same when I catch up to it, consistently surprised that they put out more movies before I’d even read the reviews of the ones that are out. But you never can catch up, and so here is where I stop trying. DVDs are forever, and if King’s Speech wins best picture I’ll even that, too. Thus, the movies that I saw this year, in order of the one I liked the most to the one I liked the least.

1. Exit Through The Gift Shop

There are a few pieces of art I’ve encountered that are so complex, so all encompassing, that they make me feel that if I could just grasp all the corners, answer all the questions, I would finally get everything. All the questions. The universe. That’s how I feel about this movie now. The more I think about it, the more complicated it seems, the more questions I have, the less I understand. A movie about the graffiti artist Banksy turns into a movie about the man who makes movies of Banksy, turns into a story about making that story – or maybe that’s just a story too. Just when I think I’ve finally figured something out I realize, wait, then who filmed that? Exit Through The Gift Shop is a movie about making art in the real world; and in it all those words have as many meanings as you can think of.

Chuckle derisively if you want, but this was the single most fun I had at the movies all year. All these movies that tried to be a good time but insisted on putting feelings in their plot…or having cogent plots…Eight months on, all I remember about this movie is Craig Robinson saying, “must be some kind of…hot tub time machine,” the Mötley Crüe songs I downloaded, and a feeling of pure joy. Take that, rom-coms.

Did you know that its possible to make a thriller so good they’ll only play at the indie movie theaters? This story of a ghost writer hired to work on the memoirs of a shifty British Prime Minister (Pierce Brosnan is super hot and creepy and magnetic) radiates existential anxiety, all black rooms, sharp corners and bleak waves hitting bleak shores. Forget Inception, The Ghost Writer was the movie about the impossibility of knowing who to trust and what is real, about finding the truth, until it finds you first.

All right, Pixar, I get it. You can make me cry, but do you have to do it every single movie? Do you have to make the characters so luminous (even the humans look great now!), and the story so complex, with gorgeous set pieces and moments of pure joy, but also enough heart-string tugging and real conflict, and then moments of just technical beauty, all put together? And Pixar, its bad enough that you made the movie I watched thousands and thousands of times as a kid, but now, 15 years later, you chased me down and brought it full circle, reminding me what it was to be a kid while also making me achingly aware of all I have lost. At least, Pixar, we still have you.

For this year’s movie, the Coens return to the Westerns they did in “No Country,” but, having alraeady won their Oscar, are free to make it as funny and fun as they are able – which is very. Jeff Bridges commands the screen with his gross Dudeness, and I hope Hailee Stenfield doesn’t spend her whole life trying to live this part down. But Matt Damon is my favorite, funny every time he opens his mouth, or even just when he walks onscreen in his moustache and hilarious pants. This movie doesn’t knock you over the head with a point, or a moral, or even a worldview. Its just a world, snowy and savage, and a story, straight and true as an arrow, and there is nothing I would have done different.

Upon seeing this movie, one may be tempted to ask, “Why don’t people attempt mulit-faceted, probing explorations of single poetic works in films more often?” before, of course, realizing all the answers to that, not least of which is that James Franco is really busy lately, and doesn’t like to repeat himself.

7. Scott Pilgrim vs. The World

An exploding candy confection of noise, color and a Culkin, witty, cool and clever enough to even make Michael Cera look good.

8. Update: What? I forgot a movie! A good one! So now that changes the whole lineup (ahh!) and number 8 is:

This tiny indie movie that we saw in a tiny indie theater, about the French competition to be recognized as like a high preist of pastry, which is a huge deal. Basically, it is a bunch of very very French men running around making cream puffs, breaking large pieces of sugar sculpture, and crying. It is so great.

Its hard to look at movies about your best friends objectively (see Toy Story 3), and that, of course, is a triumph in itself. Dark and wispy and regretful, but also gorgeous and stirring and more naked Daniel Radcliffe.

My mom’s family is from Lowell, and they always say to lock the doors and don’t your leave your laptop in the car when we drive through there. Even though Amy Adams and Marky Mark and Melissa Leo are all there, raging and striving and heartbreaking and being and getting stronger and stronger, I will continue to follow that advice. Sometimes that much life can only be dealt with (and enjoyed) on a movie screen.

Someday they will make a movie where Tony Stark has a villian equal to how incredible he is, and it will be a number one movie, through and through. If they’d be willing to film it in Switzerland, maybe Roman Polanski is free?

13. Let Me In (the one movie I forgot on my original list, for what that’s worth.)

15. Legends of the Guardian: The Owls of Ga’Hoole 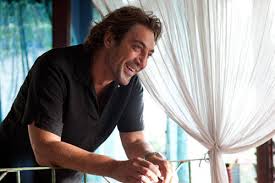