I only recently realized how much I love Katy Perry

Before you start, yes, “California Gurls” is the worst.

And yeah, “I Kissed A Girl” was, ultimately, lame and kind of offensive, but it was also totally inexorable. At the summer camp I worked at summer of 2008 the kids put it in their plays, danced to it at the talent show, cuddled to it on the lawn. It bowled you over and knocked you down.

And was about as sexy as that sounds

And she won the summer after that, too. In spring of 2009 I was in Venice , we were walking down some strange alley, in the middle of the island, lost, surrounded by Italians staring at the two little girls who seemed way off track, when the strains of “You, change your mind, like a girl, changes clothes….” guided us around a corner, to a large Italian man taking his boat out to the dulcet strains of Ms. Perry herself. 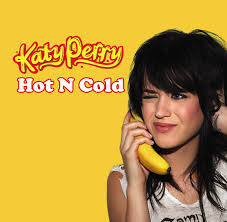 She knows who she is, she’s cute and hot and a fucking superstar.

Is she not the ideal feminist pop icon? Frightening to anyone who’s read even a page of Female Chauvinist Pigs? (Her album is called “One of the Boys”!) Will “I Kissed A Girl” piss off anyone who cares about female body image, cultural representations of homosexuality, or strong, independent women?

She doesn’t care. Why should you?

And, then, of course, (and this makes it timely!)

She wears that dress on Sesame Street (good call, guest star pickers – she’s already a cartoon character. And ‘Hot and Cold” are opposites!), Elmo calls her “Miss Katy,” and she’s in the news for something better than, eech, Russell Brand.

This entry was posted in "social construct" is a social construct, Songs About Buildings and Food, trendz, writing about writing and tagged i wanna see your peacock cock cock, Katy Perry, Lady Gaga, Snoop Dogg, what a job this is. Bookmark the permalink.